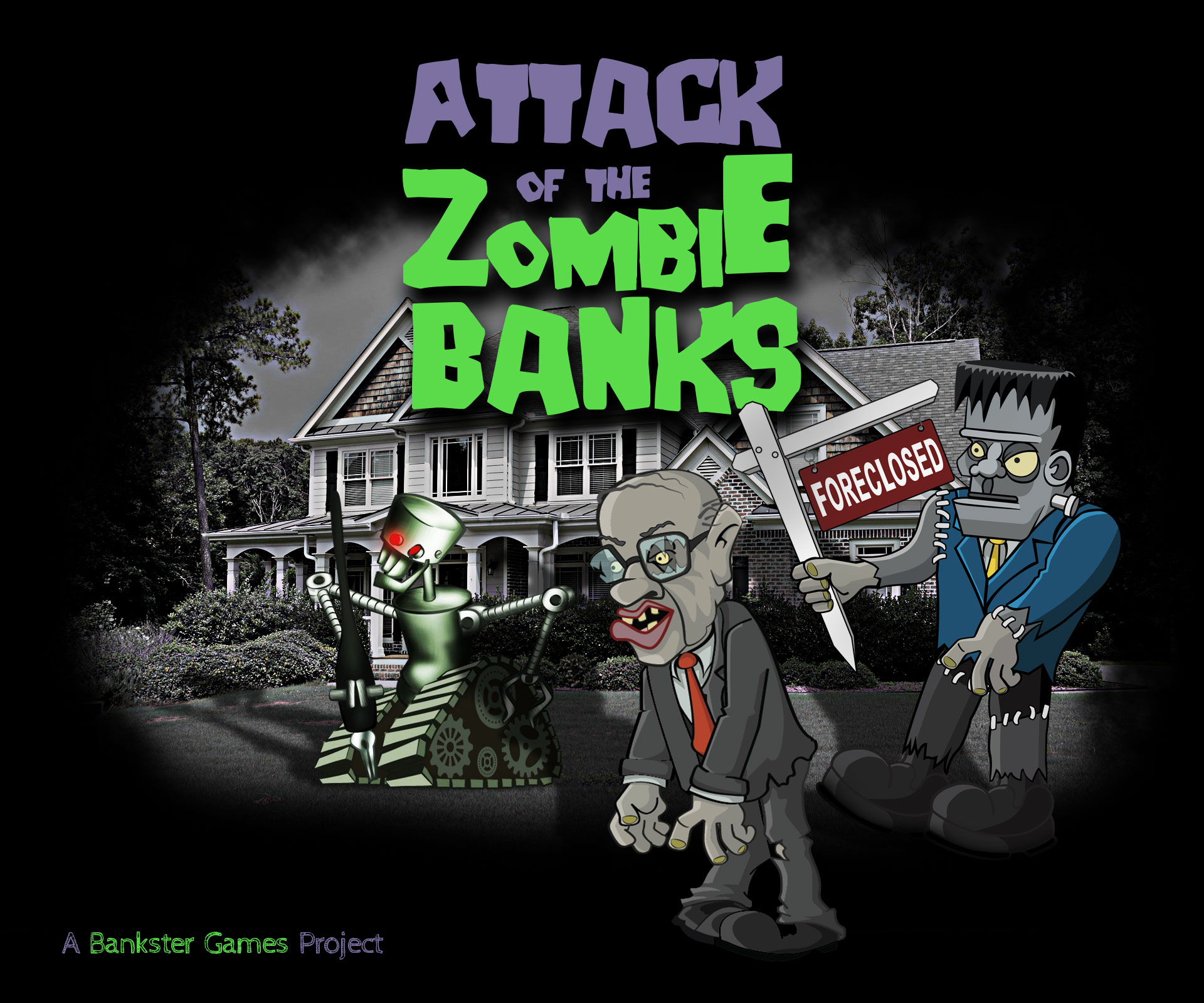 Attack of the Zombie Banks
Video game about mortgage fraud

Attack of the Zombie Banks is a tower defense game that playfully illustrates many of the tactics used by Too Big to Fail banks in the aftermath of the 2008 collapse of the housing market. In the game, players take on the role of home owners and protect themselves from ‘robosigners’,‘rocket-docket’ judges, and ‘zombie banks’ who are attempting to illegally foreclose on their home.

Attack of the Zombie Banks is a mod of the popular tower defense game Plants vs Zombies, only players must defend themselves against foreclosure by the Zombie Banks. (Zombie banks are banks that have already died, but were resurrected by a government bailout). The levels and characters in the game are based on specific news stories about the financial crisis. The game has three difference acts: The Setup, Wrongful Foreclosure, and Securitization, which teach players about different aspects of the financial crisis. In The Setup, players defend their home from Alan Greenspan’s Zombie, which advocated for easy mortgages and artificially low interest rates, and the Creepy Balloon Mortgage Clown who will sell you a mortgage that may balloon out of control. In Wrongful Foreclosure, players must fend off robosigners who were hired to sign tens of thousands of foreclosure affidavits and Rocket Docket Judges who came out of retirement to preside over no-document foreclosure hearings. Securitization is about how mortgages were packaged and sold to unsuspecting investors.

The game will be available as a free download on the Google Play store in early 2017.