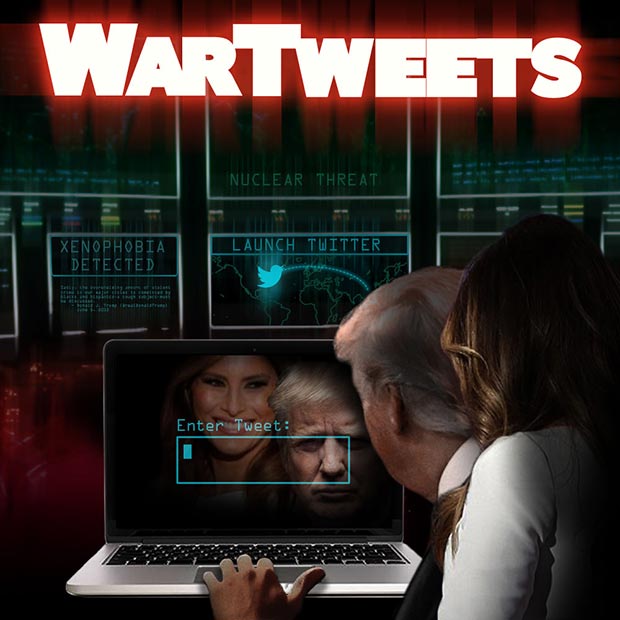 WarTweets is a pervasive game that turns President Trump’s tweets into missiles that players can intercept by sending tweets to @realDonaldTrump from the game’s interface, or on Twitter. In the game, every tweet made by @realDonaldTrump launches an orange missile that will destroy low and mid-income housing and replace it with a golden Trump tower—if it reaches its target. Players have several days to intercept Trump’s missiles by tweeting their dissent, or their approval, to @realDonaldTrump.

While microblog posts are not the best format for political debate, Twitter appears to be the preferred method for president Trump to communicate his intentions. US Courts have ruled that the Presidential Records Act of 1978 applies to Donald Trump’s personal Twitter account, which means that tweets made by @realDonaldTrump are official presidential records. Federal judge Naomi Reice Buchwald ruled that President Trump cannot block any Twitter users from reading or posting to this account because it is a “designated public forum.” This means that tweeting to @realDonaldTrump is a conduit for political speech that cannot legally be censored by President Trump, and a way for citizens to make their opinions of the Trump administration part of the official public record. Tweets made by players of WarTweets register beyond the game world as they become part of the official public record. The goal of WarTweets is to promote political engagement beyond clicktivism, through a playful form of networked dissent. WarTweets can be played online at: war-tweets.org

This game is a collaboration with Jennifer Gradecki.