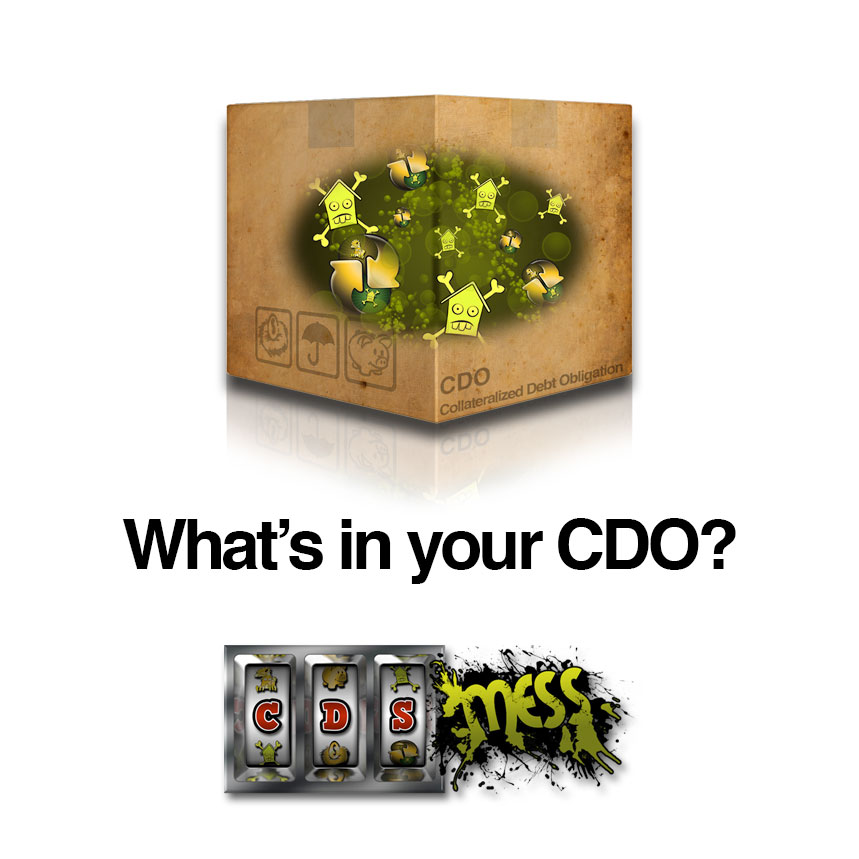 In CDS Mess, players take a first-hand look at factors that led to the 2008 economic crisis by taking on the role of an investment bank. In this game, players package mortgages into Collateralized Debt Obligations (CDO) and then sell them to unsuspecting investors. CDOs can be made from any combination of AAA rated mortgages, toxic mortgages, or Credit Default Swaps that reference a mortgage. (CDOs that contain Credit Default Swap references are known as synthetic CDOs). Players can also use Credit Default Swaps (CDS) as insurance against potential losses, and to place bets that some CDOs will fail. When liquidity dries up (there are no cards left), the game moves to the bailout round. Players attempt to get a government bailout by rolling a die, a number less than the number of CDOs a player has made means they are bailed out. If a player has made six or more CDOs, they are Too Big To Fail!

CDS Mess is sold at cost and is available for purchase on Game Crafter.

CDS Mess in the press: Playing games with the economy